Since November, the winter schedule is in effect. Organics and garbage will be collected every two weeks until the end of March. Learn more

The Centre Harpell is the municipal community center of Sainte-Anne-de-Bellevue. Paired with the library, the swimming pool and the Parc Harpell, this complex brings together many activities and events organized by the City.

There is a large multipurpose room, a reception room, administrative offices and public toilets.

City council meetings take place at the Centre Harpell, as well as most of the public information sessions or consultations.

It is possible to rent the multipurpose room and the reception hall for private events. Find more information in this section.

In 1918, the Garden City Press, an important business in the urban and economic history of Sainte-Anne, distinguished itself from conventional businesses. It is a textbook printer and educational material for workers set up by J.-J. Harpell. He chooses the site according to the many advantages that the municipality offers. Although far from downtown Montreal, the site is close to two railroads that cross the area and allow for fast shipments across Canada. This businessman is influenced by the theories of the British Ebenezer Howard, who proposes the organization of garden cities to eliminate the insalubrity of cities. In this spirit, Harpell wants to help his employees acquire a property and he pays attention to the land use planning surrounding the plant. 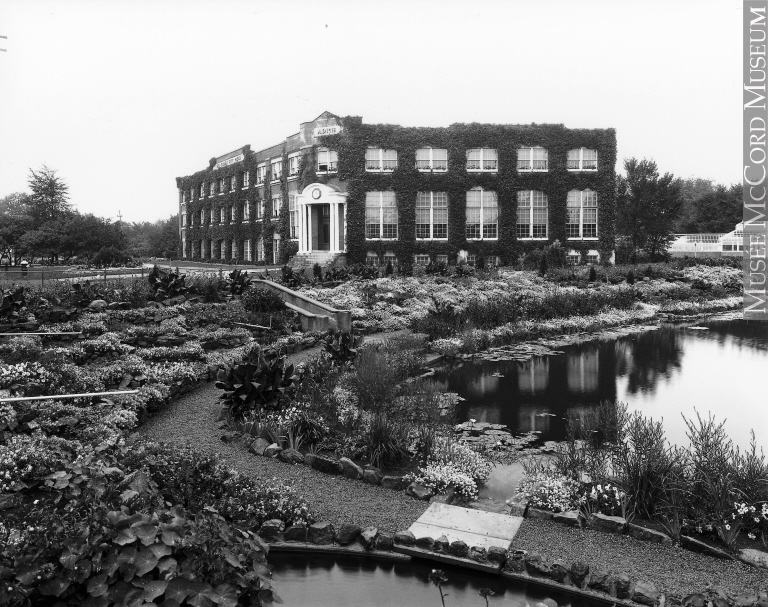 In 1918, streets, parks and urban infrastructure were developed and 25 houses were built near the printing works for the workers. During the Great Depression, Harpell hired unemployed people to plant trees and asked Frederick Todd to create a luxurious Japanese garden with a pond in front of the Garden City Press, of which unfortunately nothing remains today. In 1945, he transferred control of the company to a worker cooperative.